Two Steps Forward, One Step Back

Last week was frustrating.  It felt like we were going to heroic lengths to make regression happen.  Some of Ben's issues were worse than ever.  He was tearful and crabby, emotional and out of control.  It was like living with a loaded gun all the time, never quite sure what's going to set him off.  Ben's physical regression was probably the hardest part for me.  After weeks of steps forward, Ben took a huge step backwards (probably because of that gluten he got a hold of), but in the moment it just felt like maybe this was all for naught.

We should have known this was coming.  In fact, in our initial meeting, the director of the center told us that there would be an incredibly frustrating plateau around 3 weeks in.  Ding.  We hit three weeks, and that's exactly what happened.  But the word plateau sounds so deceitfully peaceful and calm.  Like a breath of fresh air, and without giving any extra details, the air around here last week was anything but fresh.

I shared this with an amazing group of friends that asked how things were going (and cared about the answer), and they resonated with what the director said.  This is just a lull.  Stick with it.  This happens with all kinds of therapies and programs.  This is the hard part.  And on top of being a lull, there was also the food contamination issue.

As the week went on, Ben slowly started regaining his self- control and pleasant attitude.  And Monday, I decided to remind Ben of a promise that we had talked about months ago.  We were in Caleb's room, making Caleb's bed, and I reminded Ben that once he's achieved certain goals for sleeping and staying in bed at night, he would be allowed to move down to Caleb's room.  Ben climbed up to the top bunk and checked out the situation up there, and his eyes lit up. 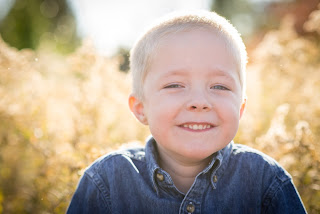 Tuesday night, he achieved the goal.  A goal that we have been praying about for years (this is NOT an exaggeration) when we had no idea what was going on with Ben.  Friday night, Ben will give the big boys' room a whirl, and we will continue to pray that this progress that has been made would continue.

Christmas will be very different this year.  We made gingerbread houses that we have ZERO intention of letting anyone eat.  We're attending family celebrations armed with our own foods for Ben.  We're still squeezing in the two sessions of exercise each day (most days!) despite the crazy schedule.  And to top it all off, it's 50 degrees outside, making it feel more like spring than Christmas.  But this year, I'm being reminded constantly of the helplessness and limiting humanity that my Savior took on to bear my judgment and my shame. When you strip away all the sugar and the rush of the holidays, you are left with God made flesh, sinlessly living through all the struggles and hurts of this fallen world.  Good news. Great joy. Emmanuel has come!  As we read this each night I'm reminded that God used broken people to bring the perfect Savior, and I'm reassured that He lives and works in me as well.

A quick note for those who lift us up in prayer: Ben could really use your prayers as he is trying to engage muscles that he would rather not use when we do exercises.  Even on good days, it requires a lot of patience and creativity to do 60 minutes of workout with a 5 year old.  We'd appreciate your prayers that Ben's muscles would develop quickly and that we would be gracious with him in the process. Also, would you pray health over us?  I'm starting to get a head cold, Emily has an ongoing ear infection, and the older 3 all have runny noses.  I know these seem like little things (and they are), but I know that we serve a God who has our hairs numbered.  I have full confidence that he cares about every muscle in Ben's body and every germ in my sinuses.

May you have a blessed Christmas week, anticipating the miracle of the Christ child!
Posted by Krista at 2:25 PM